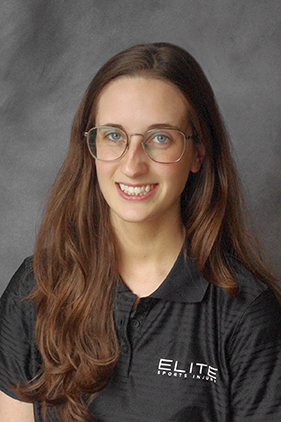 Naomi graduated from the University of Winnipeg in 2018 with a Bachelor of Science in Kinesiology specializing in Athletic Therapy. She has gone on to complete her NSCA- CSCS exam to become a Certified Strength and Conditioning Specialist. Naomi has also completed Functional Movement courses such as FMS (level 1 & 2), SFMA (level 1 & 2) as well as Functional Range Conditioning (FRC- mobility specialist), Cupping and Gua Sha.

Having been heavily active in a variety of sports during her adolescence, her passion for sport and performance grew, which directed her toward becoming an Athletic Therapist. Naomi’s movement philosophy is influenced by functional exercise and encouraging individuals to explore their own movement. In addition to helping people achieve their goals, Naomi’s passion includes working in the field. She is often found working alongside elite athletes in the AAA hockey program. Although, her experience extends to working with athletes in sports such as volleyball, wrestling, soccer and bull riding. She is happiest surrounded by her athletes when providing game and practice coverage, as well as strength and conditioning training.

Being a lifelong learner with an incredible interest in how the body functions, Naomi’s next milestone in her education is as a student at the Canadian College of Osteopathy 5-year program. She thrilled about learning how she can incorporate Osteopathy practices into her Athletic Therapy treatments.

In her free time, Naomi enjoys resistance training, running, playing with her two rabbits and dog. 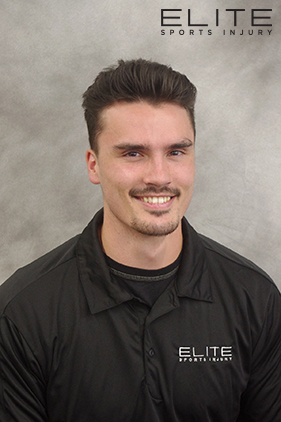 Christian played a variety of sports growing up, including baseball, hockey and lacrosse. Though, his favourite sport growing up was football. Over the course of 10 years, Christian would go on to win Rookie of the Year with the Miles Mac Buckeyes, Most Valuable Player with the Kildonan East Reivers, represent Manitoba on their Under-16 Provincial team, as well as their Under-18 Provincial team and later, spend time with University of Ottawa Gee-Gees.

After sustaining multiple injuries of his own, Christian found passion for Athletic Therapy. Through his own experiences, he learned the importance of sports rehabilitation and hopes to educate and inspire young athletes to learn the same.

Christian believes that the foundation of his skills begins with building strong relationships with each and every one of his patients. As Carl Buechner said, “They may forget what you said, but they will never forget how you made them feel.”

Check out our team of Physiotherapists

Recovery for all levels

Elite specializes in injury recovery for all sports and levels of athlete. Our team facilitates rapid access to complete recovery. Frequently, we see patients within a day or two of their physician exam when return to full function is critical. We immediately address acute swelling, pain and compensatory issues and initiate a home program to maintain strength and motion.

In order to ensure a successful treatment and speed recovery, you need to be fully committed to your treatment plan. Your time in the clinic is only part of the process. The exercises and perhaps changes in your own behavior are a crucial part of your plan. We know how your body works; we may identify an underlying weakness, poor posture, work habits, or other factors that contribute to the problem.

Have questions about booking an Elite Sports Injury physiotherapy appointment? 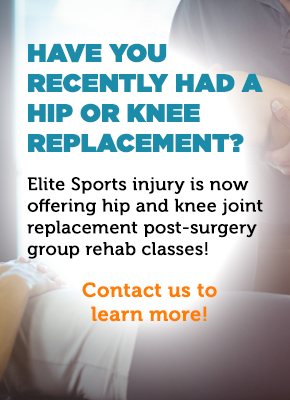